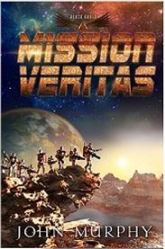 Description:
The Carthenogens, “saviors” from another planet, assumed total control of Earth by preaching peace. Eighteen-year-old Vaughn Killian, son of the US ambassador to Thailand, knows otherwise; they killed his parents, forcing him to survive as a rebel for two hellish years in a purge of Bangkok…Read More

Ages Past by Casper Parks 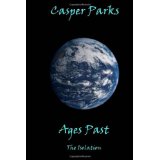 Description:
Imagine a time when all human races had never warred between themselves. The only pursuits in life spiritual wisdom, creativity, a quest for knowledge …Read More

Under A Different Sun by John F. Holmes

Description: History always repeats itself, and war never leaves. In the far future, the men and women of the Privateer “Karen’s Revenge” hunt for merchant ships among the solar systems of warring empires…Read More

This Corner of the Universe (Book 1 ) by Britt Ringel

Pledged Charity: 100% royalties to Leave No Veteran Behind

*Author is pledging all their books to charity.*

Description:
The mission of BRS Anelace was supposed to be simple and uneventful…

When Anelace is sent to investigate the accidents plaguing mining operations in a remote star system, Captain Garrett Heskan and his officers soon suspect more than random mishaps are in play…Read More